Citron (Citrus medica) is grown indoors at  Bristol Botanic Gardens and is the first plant you see when you go into the first glass house with its strikingly large pale yellow fruits.

It is fragile and frost sensitive and can only fruit like this indoors in our climate.

In winter many plants at the Botanic Gardens are wrapped to protect them against the vagaries of temperature and wind that occur in our climate. Here is a great photo of Brian’s taken in February this year when we went for what was to be our last walk around for some time. 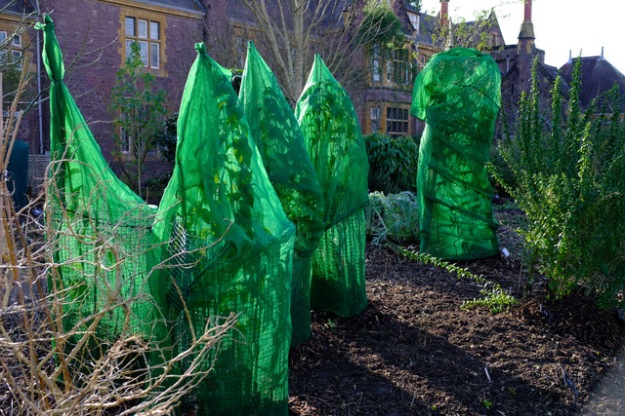 Citron is grown widely around the world in warmer climates where it is used in all sorts of products;  perfume, cosmetics, cleaning products and foods.

Ever since I have been visiting and vounteering at the gardens I have admired the fruits and wondered what it would be like to try and make candied citron from them and this year Penny who is in charge of the glasshouses kindly gave me one to try (as there are no visitors currently)  to see what I could do with it.

I suspect in order to get the green candied effect one has to start with an unripe citron. The one I used was fully ripe. Commercial  industrial processes are very different, I am not even sure they use the same cultivar as the one grown in the glass house. Wikepedia list various sorts:-

There are also a number of citron hybrids; for example, ponderosa lemon, the lumia and rhobs el Arsa are known citron hybrids. Some claim[citation needed] that even the Florentine citron is not pure citron, but a citron hybrid.”

Or maybe they do something with colouring agents, who knows…

I also attempted making some syrup from the pulp of the fruit and have put some of the zest in a little vodka to see if I can make a flavoured base with it, following the recipe on Emiko Davis’s blog.  Dad and Brian report that my vodka citron/sugar syrup is almost limoncello like. I think it is outrageously sweet! 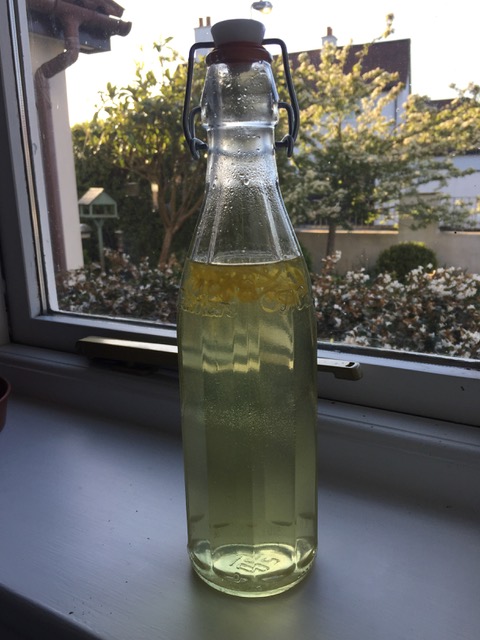 As you can imagine, it is very time consuming to candy peel.

I have candied angelica before now as I grow it in my own garden and orange peel also.

David Liebovitz gives a classical method for citron on his website.  Another good resource with no less than three ways to use citron can be found on Emiko Davis’s blog.

Here are some process pictures. You can see how thick the white pith is in comparison to a regular lemon grown primarily for juice. 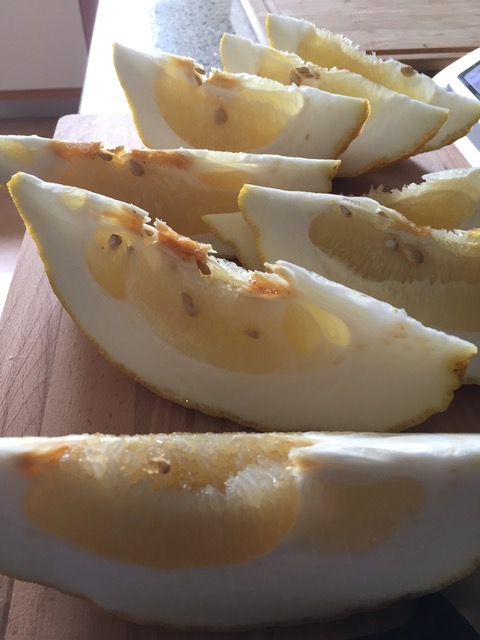 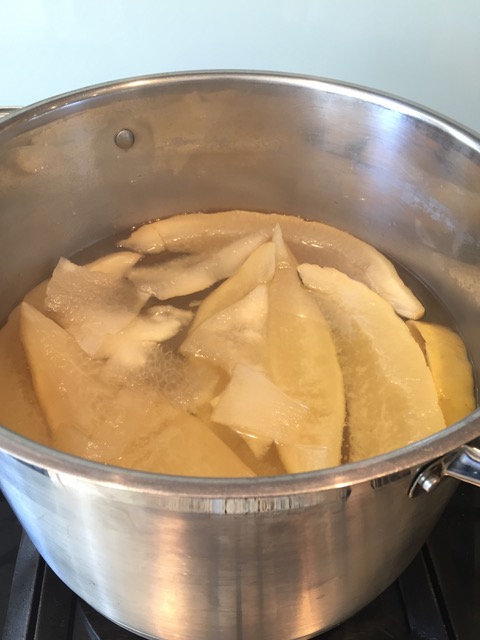 It is a lengthy process. First one scrubs the fruit as meticulously as possible, cuts it up, removing any pulp. The first stage is to cook the peel and thick white pith until tender and translucent and then repeatedly bringing it up to temperature and allowing it to cool over a number of days in a sugar syrup. If you want to try it then I recommend you navigate to David Liebovitz’s  blog, the link is given above. 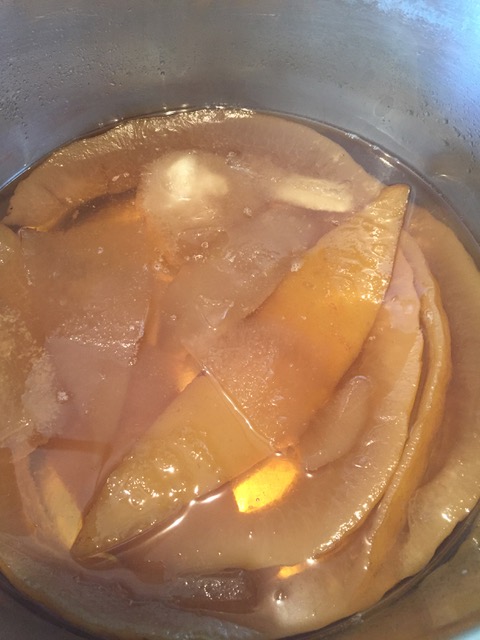 On the last day one heats the syrup up to 112 º degrees C and then after it has cooled remove the pieces to drip and dry out.  I am not sure how successful mine was. I find it a little soft and sticky, but it was interesting to try and my curiosity is now satisfied.  I have put it in the dehydrator at home to dry it out a little further also. The shine has gone slightly but I think it will store better for being further dried out.

I have dropped some back to the Botanic Gardens by an elaborate system of leaving it in a designated spot in the car park on a certain day for the garden team to collect and sample, I felt a bit like a spy making a drop…

Photos are mine bar the first two and the last one which are Brian’s which he kindly lets me use here.

We miss the gardens more than I can say. I know they are safe and being looked after by the dedicated team there and I imagine the birds and the plants are enjoying the lower levels of pollution and are flourishing behind the gates. Till we meet again!