The recipe, method and important advice on sterilising bottles all come from Pam Corbin’s wonderful and indispensable book Preserves.  There are always different ways to make something like this,  but she hasn’t let us down yet.

Unwaxed lemons and oranges are a good idea if you are planning to include zest in anything. If you can’t get them then give the ones you have a really good scrub to remove any coatings. I used organic fruit but if I couldn’t get organic I would still have a go at this. The elder flowers aren’t there all year round after all.

I treated us to some fancy bottles with ceramic tops – though not enough in the end for the quantity of cordial we ended up with –  and a jar of citric acid from the Jam Jar website last week, as well as a very important mini funnel. I think if anyone is thinking of producing this stuff on a big scale they would need to really hunt around for a cheaper source of container though and recycle as much as they can, which is what we did for most of the bottles we used. I have to tell you that Brian took over at a certain point in the process, as he loves filtering and bottling and sterilising. Says it reminds him of when he used to make beer!

My first job was to sit and inspect the flowers for insects and caterpillars. I had a little help. 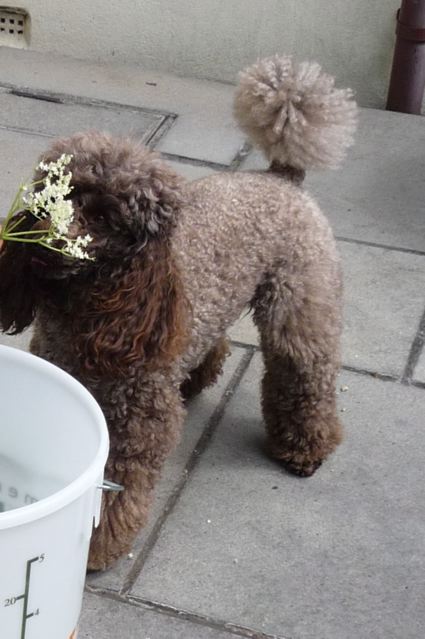 We found a few caterpillars and some green bugs I had never seen before but they were surprisingly empty of visible wildlife. I was pleased about that. I then zested eight lemons and a couple of oranges. 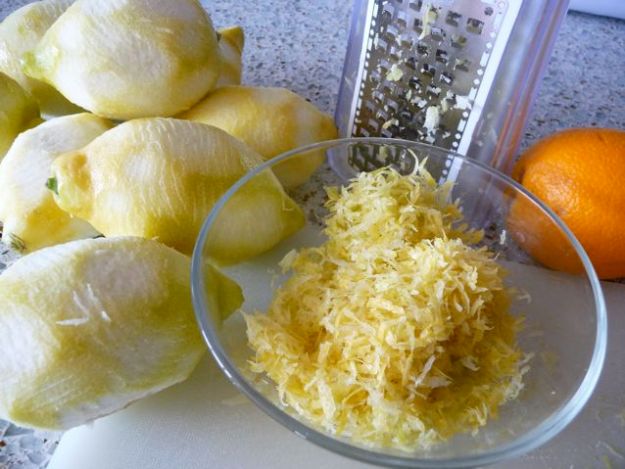 The bag of flowers, and the two lots of zest were flung into the beer tub where I admired their transient beauty and grabbed this shot.  I squeezed the juice from the fruits separately and stored it in the fridge for the following day.

Then we created a witches brew by boiling numerous kettles of water until we had enough to comfortably cover the flowers and zest.  The flowers mostly turned brown and the whole thing smelt faintly of wee and hot green stuff.  Quite scary, but one has to believe that Pam Corbin knows what she is doing and it says in the book that this is an old River Cottage recipe so we thought we can blame Hugh FW as well if it all goes wrong! We put the lid on the tub and left the whole lot to brew for twenty-four hours. 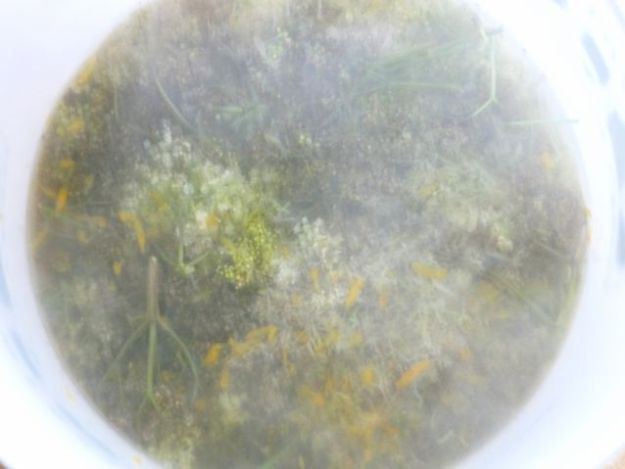