At the moment we are lucky to be able to get my favourite sort of celery, the old fashioned varieties which are mainly grown in East Anglia with its deep fertile peat soil.

It is a labour intensive business to grow as it has to be earthed up in order to blanch the stems and to develop the distinctive flavour that makes it special. It has a sweet nutty, almost almondy taste and it is very good.  It’s around now, so keep an eye out for it if you are in the UK.  This is my attempt to use seasonal food in my bread for this month anyway!

As a rule I’m not that keen on breads stuffed with bits and pieces. It limits what you can eat with the bread and often makes the crumb quite doughy. But I wondered if, just this once, I would be brave and see if I could adapt a favourite Dan Lepard recipe to accomodate my celery love; it worked surprisingly well and has left me wondering whether other vegetables could be used in a similar way in a bread. Infusing the flavour of the veg by slow simmering in liquid means you can get the flavour into the crumb twice, once from the infusion and once from the pieces of vegetables themselves.

Edited to remove recipe in case it breaks copyright rules. 22/2/2012 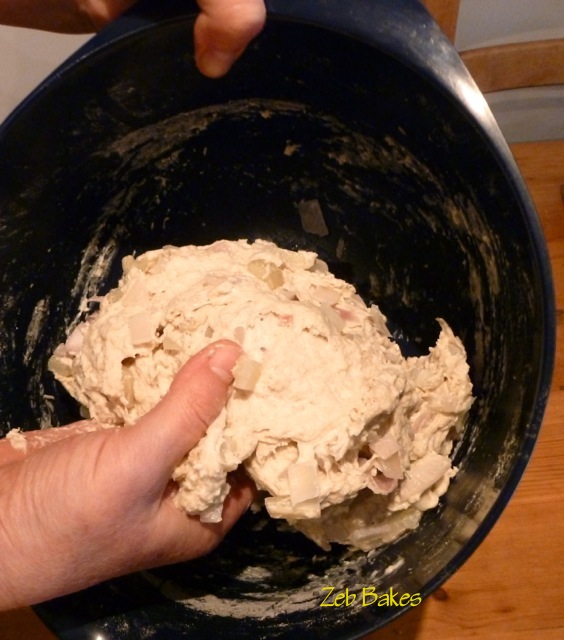 I went for a four strand braid and some rolls with this dough. I haven’t done any braids for a while now and this dough was ok except the bits of vegetables popped out a bit and it was quite hard to roll out the strands evenly, so it looks ‘rustic’. Maybe not the best choice of doughs to try and braid but hey, you never know!

I made a tray of eight rolls and the braid, left them for another hour until they had increased in size by about a half and baked them at 210 º C. The rolls took 22 minutes and the braid 35 minutes to bake.  I didn’t want dark crusts so I floured the tops before I baked them.

The crumb was very moist and soft and a little on the heavy side with the extra vegetables in there as I thought it might be,  something I have noticed with breads made with roasted peppers say, or lots of roasted onions or garlic too.

But you know what? It was delicious and we have really enjoyed eating it.  It got better the next day when the celery taste had somehow got stronger. The rolls defrosted well after freezing too. 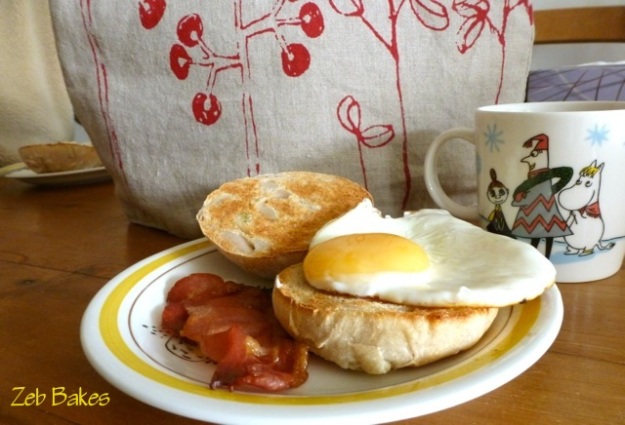 We ate the buns with egg and bacon for a brunch and I also put some thinly sliced rare sirloin steak and mustard  between some slices from the braid for a treat of a steak sandwich!