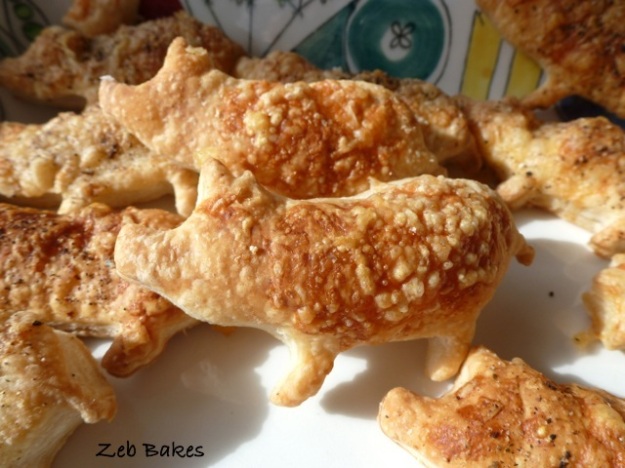 Before you ask, I don’t know who is going to eat all these…

I made double quantities of Dan Lepard’s light rough puff ‘spelt’ pastry ( I used kamut instead of spelt) from Short & Sweet and an excess of short crust pastry for my lemon meringue pie as well over the Easter weekend.

I used the first lot of the rough puff to make a quick lunch dish for my guests when they arrived, rolling it out and cutting it into rectangles and topping it with cheese, chorizo and butternut squash as I have done previously. This time I gave the pastry an extra fold, the one called a book fold and I fancy the layers were better for it, or else it is just practice which gives me hope that one day I will be brave enough to try making croissants.

Why did I make two lots? I ask myself questions like these and you might like to share in my waffly thought processes: I made two lots thinking vaguely that it would come in handy and while you are doing one lot of endless folding and chilling you might as well do two, at least that is what they always say in books don’t they?  But then I forgot all about the second lot till a night or two ago and was stricken with pastry guilt.

After some discussion about how long it could keep with Carla and Jean on Twitter and thinking that five days was pushing my luck as it was looking just a touch grey, despite being wrapped tightly in cling film, I hastily rolled it out last night and made these little parmesan piggies and some other bits and pieces from the puff. I was really pleased with the way the piggies kept their shape and got nice fat bellies though, so I might do that again one day.  Gingerbread puff pastry men, Christmas puff with sugar and spice on top, just random thoughts….

I also made a dozen decidedly unseasonal mince pies, only nine months to Christmas though –  as we still have jars of mincemeat left in the garage from two Christmases past,  this jar was a cherry and dried fruit mixture, recipe from Pam Corbin’s Preserves book, the fruits are soaked in loads of brandy and seem to keep forever.

And now I must get on and put up the tomato plants which are climbing out of their pots. They are looking pretty good so far !

If you want a different recipe for rough puff from Dan Lepard there is one here on The Guardian’s website which describes the technique as well. 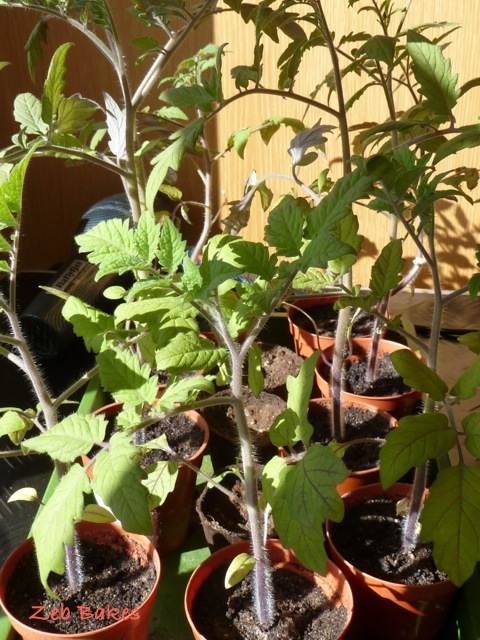 What have you done with your Easter leftovers this week?