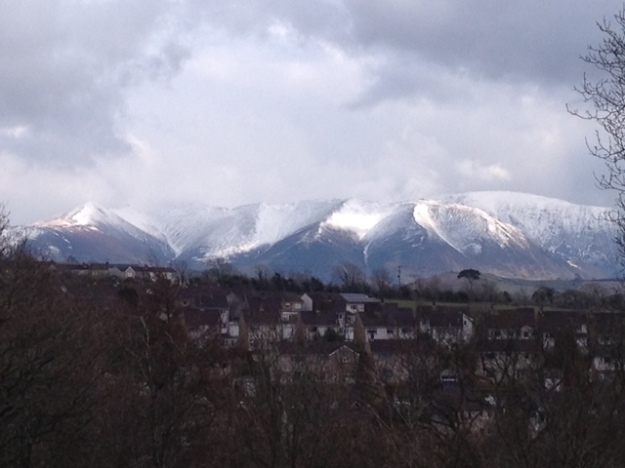 As you can see it is pretty wintry still in England this week. This view of the fells from Harris Park in Cockermouth gives you a feel for the raw and unsettled weather we have at the moment. 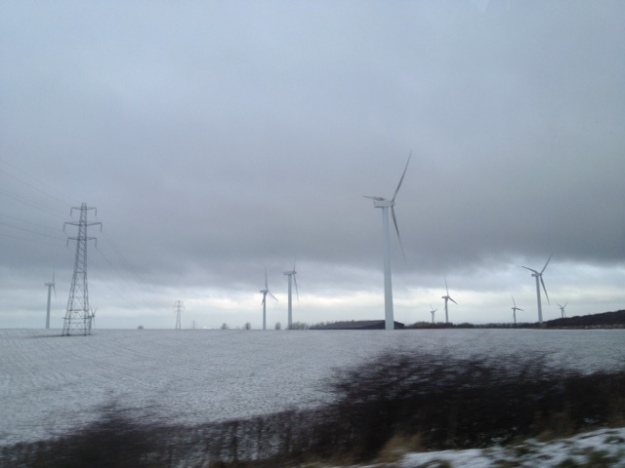 Today we drove in search of Dad’s opthamology appointment to two different hospitals as he wasn’t sure which one it was in, which added a certain frisson to the proceedings, but all went well and we had a lovely drive over the fells, waved at the sea at Whitehaven, and passed the windfarms on the fells as the snow and sleet gusted around us.

We returned via Thornby Moor Dairy Cheese Farm (as recommended by our friend Andrew Auld of the Loaf in Crich) where we sampled and bought some wonderful cheeses. 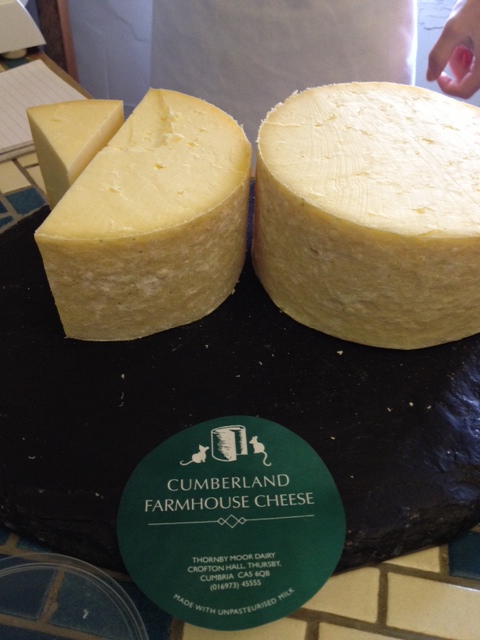 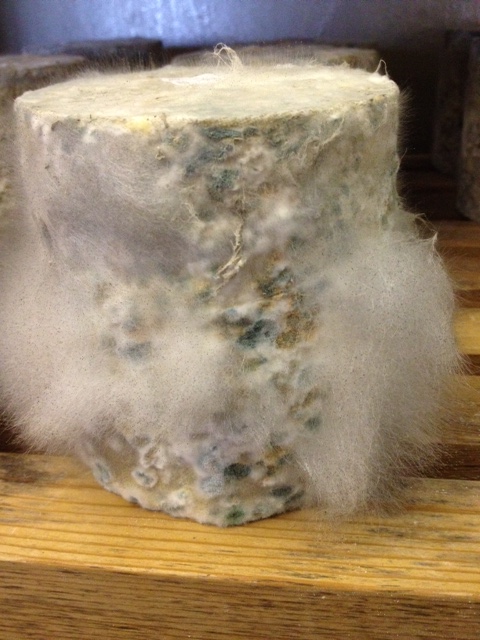 We admired the timeline of cheese on the shelves and then returned to Cockermouth for lunch. Edit: In view of some of your comments I will try and add a bit more here – I may not have understood this in its entirety but the cheese maker who came out to help us expalined that the rows of cheeses on the shelves were all the same cheese, the small version of the farmhouse cheese at different points between 0 – 3 months. The mould gathers on the outside of the cloth the cheese is wrapped in, which is removed before being presented for sale. The dairy produces a blue cheese but this wasn’t it. I apologise if I haven’t got this quite right.

This afternoon we popped out to the New Bookshop for coffee and cake. 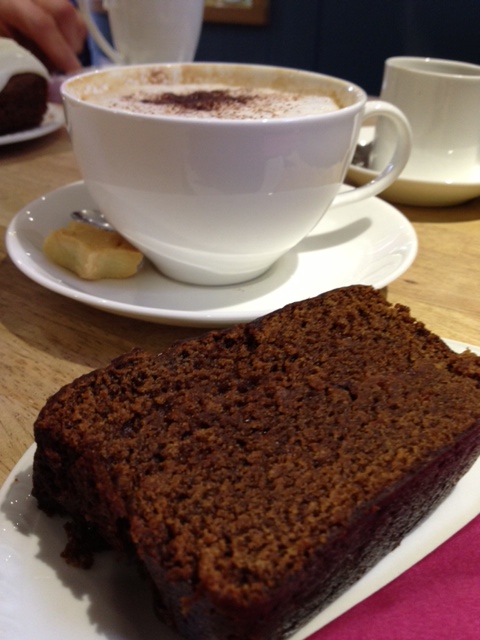 The New Bookshop alone has sold more than 200 copies of The Cockermouth Poets, which I think is pretty impressive for a poetry anthology!

Zeb has been not very well but we hope he is finally on the mend. He loves it up here usually and he has been very miserable. We love the out of hours vets who gave him pain relief on Sunday night at 10 30 pm when he couldn’t stand up without twisting and turning. Yesterday he managed to produce part of the bag that he ate 12 days ago which has somehow managed to travel through his digestive tract and re-appear as a gigantic Cuban cigar of rolled leather. So lets hope that he recovers fully. He slept in the middle of the bed last night.

Now it’s time to cook supper again: roast vegetables and chicken pieces I think, and maybe sharpen the kitchen knives before I start.