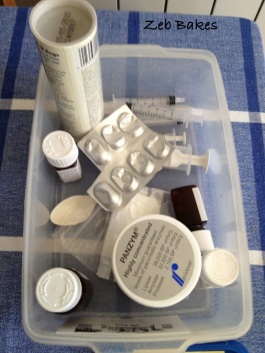 In my kitchen there are two slim dogs.  Mme L has been ill with pancreatitis and is now on a complicated regime of micro meals and vet stuff to line her little tum with so she doesn’t vomit all the time. Zeb is in rude health once more after his leather eating trauma earlier this year fortunately.

In my kitchen is a blackboard which usually says things like, buy chicken, or take parcel to post office. My blackboard was made by Andy at Arcadian Furniture who restores furniture and makes new pieces too. He made this board for us with just the right size ledge that it could hold a board rubber and chalk and made it out of the same wood as the kitchen, American Oak.

The eagle-eyed amongst you will note it says ‘Eat Wed pm’ at the bottom. This is because Brian has had the lurgi for over a week and the doctor said starve yourself for 48 hours and drink Dioralyte.

We are into 36 hours and I am joining in in solidarity till this evening, when we will partake of ‘clear soup’. Brian has decided we are going to have a Chicken Soup and has gone off to buy himself a chicken. The good news is that, so far today he feels better, so cross fingers the doctor gave him good advice finally.

So what else can I show you?

A stunning handful of fragrant frilly sweet peas grown by my neighbour. We are busily trading lettuce and flowers, cheesy buns and vegetables. My neighbour drives out to visit her mother who is now in a Nursing Home, she who likes my bread, and it is very near a wonderful vegetable grower called Mark Cox who gardens at the Walled Garden at Wrington.

Broad Beans from the Walled Garden at Wrington

My neighbour is allowed to pick what she wants more or less and she brings me treasure once a week; last week I had the most beautiful broad beans, chard, cavolo nero, newly dug potatoes, and a perfect artichoke.

I have baked more bread in the kitchen, mostly of the sourdough variety. Here is a particular fetching loaf, which someone on Twitter described as a Tin Tin loaf without the tin. A bread with a quiff!

At the moment as it is hot here, the easiest way to make the bread is to mix it in the evening, retard it in the fridge, shape and prove early in the morning and bake it.   Works for me just fine! 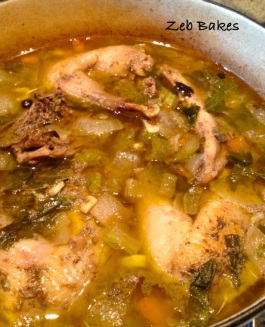 In the freezer I discovered three halves of pheasant that I bought from a local butcher in pheasant season earlier this year, so I have made them into a casserole, once I had pulled all the bits of shot and feather out I could find. My casserole consisted of the pheasant, cut into smaller joints, sweet onion and carrots from the Walled Garden, two sticks of celery, herbs from the garden, silver thyme, Greek oregano, sweet Cecily, bay leaves, a few peppercorns, a couple of tablespoons of ancient Pontack sauce (made from foraged elderberries in times of yore) some Chinese rice wine, and vegetable stock. Pheasant is a dry meat to my mind but it is all cooked up now and boxed and back in the freezer for another day.

I also had a crack at making the claypot pork dish that Celia made from Food Endeavours of the Blue Apocalypse blog. 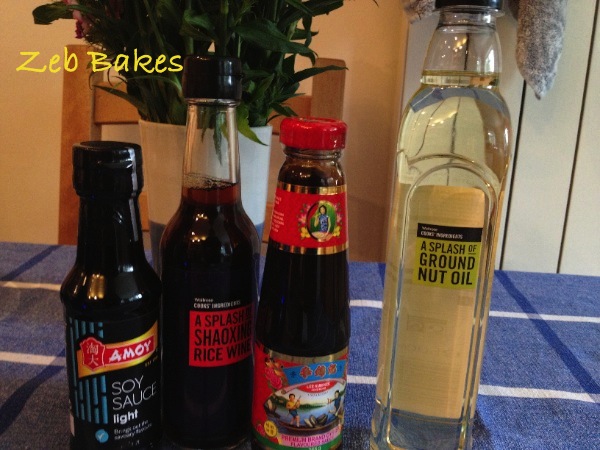 Here is a pile of bottles that I had to get in order to have a go at it. I already had a kg piece of belly pork from Thoroughly Wild Meat who supplies us with salt marsh lamb hidden in the freezer.

I don’t have a claypot so I made it in my regular casserole. It smelled divine while it was cooking but that too has gone into the freezer as it coincided with Brian and his Lurgi.

I have also made the fantabulous Ottolenghi turkey and courgette meatballs with sumac sauce, a recipe which is in his Jerusalem but you can probably find written out by someone or other on the net if you look. These little nuggets solve the mystery of doing something tasty with the incredibly boring meat that is turkey mince. I thought they were a bit fiddly to make but if you are set on eating turkey mince and have spare courgettes, then give them a whirl, because the end result is worth it. 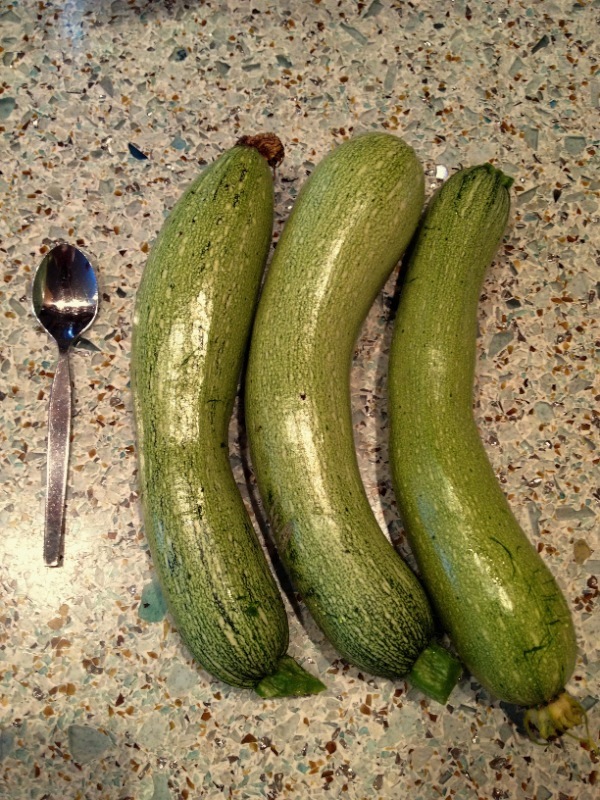 In my kitchen were our first veggies apart from lettuce and rocket – three pale green courgettes – which I fried with garden mint in a little butter and oil  about five minutes after harvesting them and had them with some rice and chard while Brian looked the other way.

I have been eating North Sea brown shrimp, odd bits of roast chicken,  and lettuce and bread. Feeling guilty that I can eat and he can’t, though not that guilty that I couldn’t cruelly munch my way through half a bag of M and M’s last night while catching up on the White Queen on the telly box while The Hollow Man averted his gaze.

I also had a box of very special chocolates from Haigh’s hand-delivered from Melbourne from a blog friend who is visiting the UK. Lucky lucky me and I loved meeting her and her husband in my kitchen and plying them with cake, more of which another day. (There are no chocolates left of course!)

After watching the White Queen (historical drama based around the time of the War of the Roses)  I always have to spend ages on Wiki looking up the Kings and Queens of England, the Kings all seem to be called Edward or Henry and all the queens Elizabeth. Many of them are a little stressed out.  I have no memory, nor interest in retaining their names and who was married off to whom in political unions but  I am enjoying the White Queen, chiefly because I like the way they roll their eyes in a thoroughly modern way when they marvel and gasp at each other’s Machiavellian ways.

But back to the kitchen –  by the time I get to the end of this post it has indeed become Wed pm and we have made supper. 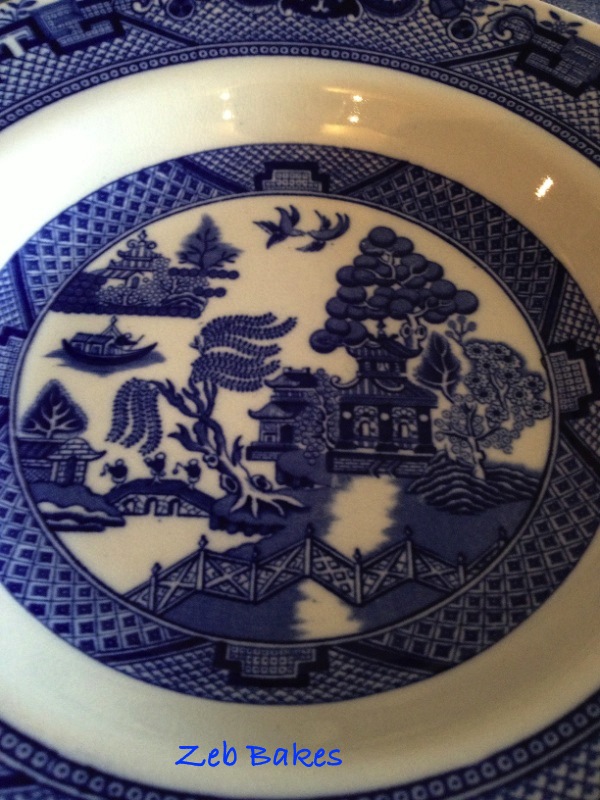 The man vet said ‘clear soup’ we translated that tonight into Canja de Galinha  – ‘a soup for what ails you ‘  – as made in the one and only Bewitching Kitchen by Sally.  A Brazilian take on a Portuguese soup, which hit all the right notes for Brian being substantial but super low in fat and super soothing.

Brian chopped the veggies and I poached the chicken and we cooked far too much rice, but we didn’t care. I invoked the spirit of my paternal grandmother Lily and got out her Willow pattern soup bowls which have nursed more versions of chicken soup than I can remember in their long life and hope that he is cured now. (I added a liberal splosh of chilli ginger sauce to mine as I hadn’t been on starvation watch, but I have never seen Brian attack a bowl of soup with quite such enthusiasm).

I realise it has been far too long since I wrote one of these IMK posts, but if you want to read a whole lot more or indeed join in,  you should visit lovely Celia @ figjamandlimecordial.com whose meme this is and peek at her sidebar as there are lots and lots of kitchens to visit from her links.