I was sent a comfort parcel by Julia not so long ago which included a tin of her golden homebaked walnut shortbread biscuits.

I  consumed the whole lot in the space of a couple of days, so I have begged the recipe from her. My past attempts at shortbread biscuits haven’t always been that good, so she has shared her recipe with me and they work perfectly, even if, like me, you overcook the first lot slightly because you are so bad at judging when biscuits are cooked.

So here are my Olympic biscuits to see us through to the end of the Games. 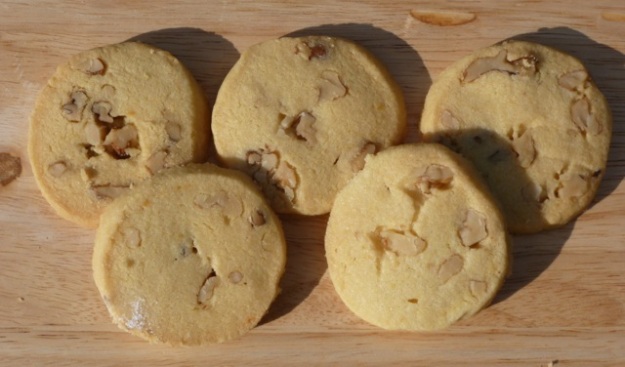 So part of my problem (and I have a few at the moment),  according to everyone who knows me, is that I put myself down, and the problem with putting yourself down, is that when people say nice things you don’t believe them and would prefer it if they didn’t. Neat isn’t it? So just make the biscuits, no credit to me please, it’s all Julia’s  work, who has tweaked the original BBC Good Food recipe to perfection.

But we are on safe ground with biscuits, and these are the business, buttery and crisp and melt in your mouth and go perfectly with the British antidote to all of life’s troubles: a great cup of tea!

Here is Julia’s recipe which she says I can share with you.

I wrote the recipe out exactly as she sent it to me. See below. I was trying out the  Noteshelf app for iPad which had exciting hearts and little pictures and you can write on it with your finger as well. The photo shows the wisely labelled tin they came in. 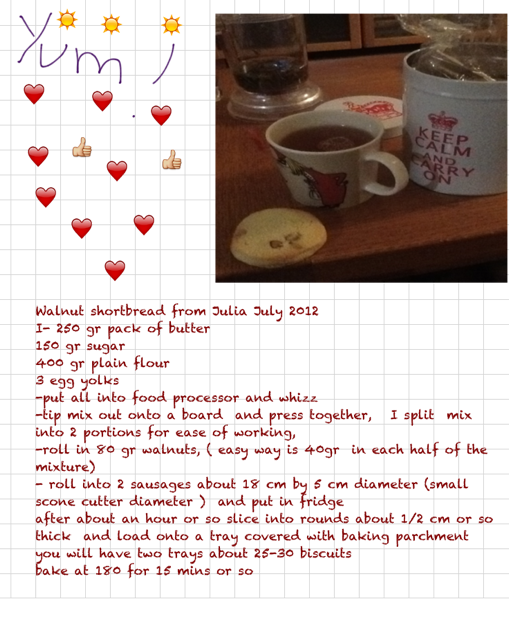 And what did I do with the spare egg whites? I made Financiers (friands) aux Pépites de Chocolat from a French Baking book that another wonderful friend gave me!

Edit : Lovely Phil who chefs at The Loaf in Crich (we met in Yorkshire at Joe and Martin’s Baking Weekend a couple of years ago)  has had a go at the biscuits too – as he had a new biscuit tin which needed filling. I cheekily asked him if he would take a pic if he made them, here they are, complete with mug of tea, I hope he doesn’t mind me showing you his photo. Julia  – your biscuits are a hit with everyone!

and here are Carla’s (made in Rome)

she has titled this photo ‘The Biscuit Diet started this afternoon…. ‘ She never does things by halves either  “I did twice the recipe so had 4 logs..walnuts hazelnuts raisins cranberries ( and lots lemon zest)” 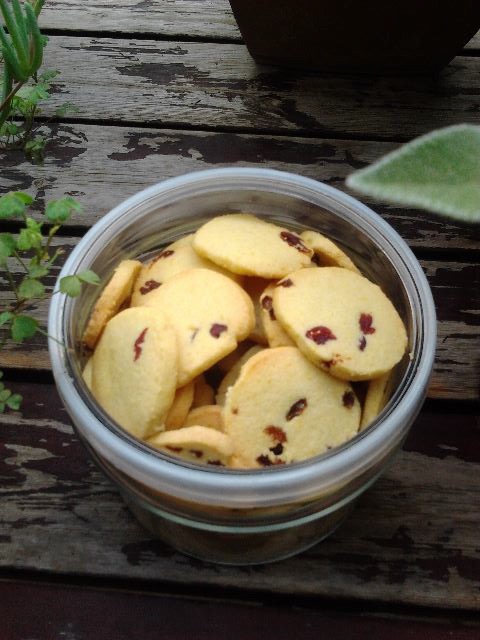