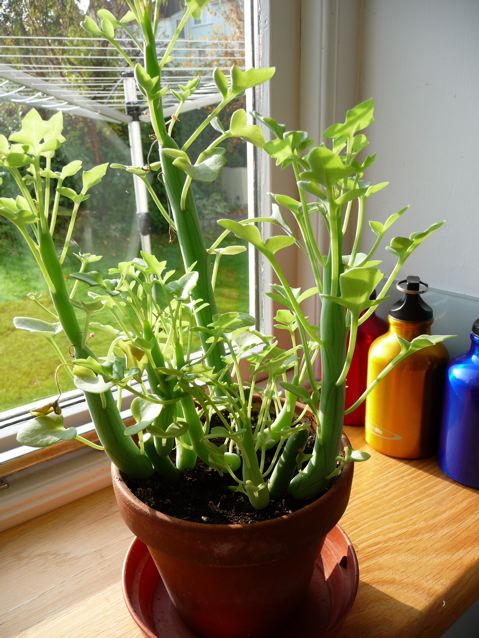 This is nothing to do with baking.

Do any of you lovely knowledgeable people know what this plant is called? I was given a piece of the stem and told to cut it into three and plant it in some soil, six months later it looks like this.

Some sort of succulent, very enthusiastic about life in general, grows huge long stems that then break off under their own weight.

It came from someone’s great aunt, hence the “Auntie Vera’ moniker.  It hasn’t flowered yet so no clues there.

The truth is out there…. one of you must know it! (edit : see the comments for the identity of this plant)

Edit: Almost a year on (Nov 2011) having replanted sections in the summer, we moved one pot into the bathroom where it is warm and steamy and quite light in the window and it has produced amazing flowers.  See below: 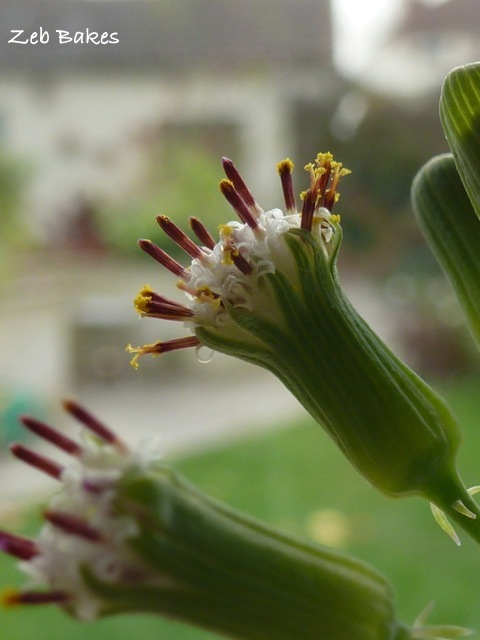 Guess who has decided to flower after all this time?

15 thoughts on “Help me identify this house plant!”