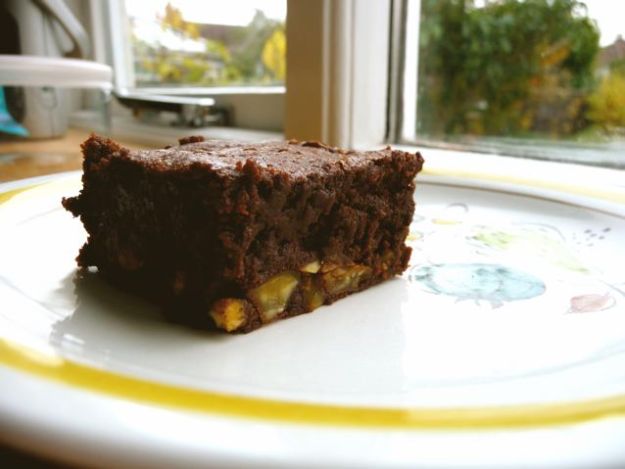 I like the chocolate part very much, moussey and light in texture, just lovely in fact! However the freshly roasted chestnuts might have been the wrong thing to use, Dan Lepard specifies tinned ones in the recipe – I think I would leave them out altogether and just use the brownie part as a delectable chocolate dessert with lots of icecream. I think my taste buds don’t register chestnuts in desserts; they become strangely tasteless once they are combined with sugar. I am not too keen on them in bread either.

In my heart of hearts I really only like chestnuts straight from the shell, with some salt and black pepper and maybe a dab of butter. They’re good with sprouts and bacon at Christmas and I would like to try Azelia’s soup which has shitake mushrooms and lentils in it as well as chestnuts and sounds savoury and delicious.