U is for… Urns 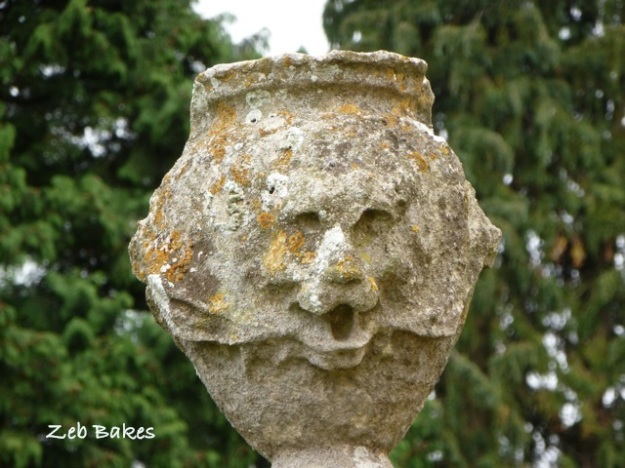 When we visited the Rose Garden at Ashton Court recently we noticed that the border walls to the adjacent Italianate Garden at the back of the Mansion had been restored with these elaborate urns and sculpted heads and stopped to take some photos. If you were reading my blog last year you might remember the ha-ha and the cows, this is all in the same place.

I did a little research later (I didn’t have to dig very hard) and discovered that Ashton Court has benefitted from a huge grant from the Heritage Lottery Fund. I was a bit puzzled how the City Council who run this Estate could afford to do these works when they are so busy cutting back on so many other things, but that is the remit of this Fund. So next time you buy a lottery ticket you might like to think of the projects that your money funds.

I also looked up the term Italianate wall, and see that they come in a variety of styles and seems to be a loose term to describe a decorative wall. I wondered if these were modelled on one somewhere in Italy but I haven’t come across a source so far. Do let me know if you have seen something similar elsewhere as I am quite curious! 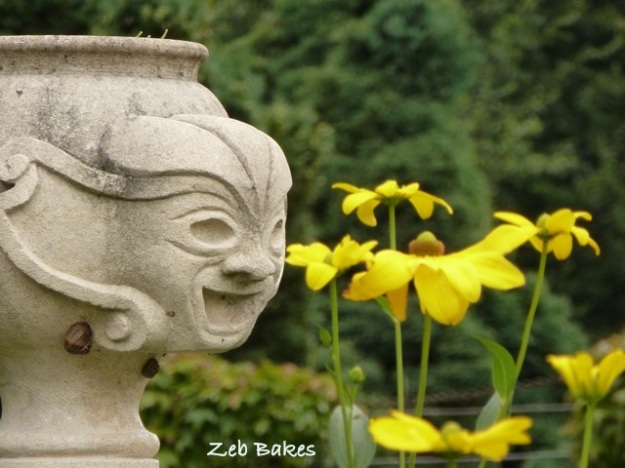 These ones are just a little bit creepy, there’s something of the tombstone about the curves of the walls and the herbaceous borders that they delineate depending on how you look at them. What do you think?

The borders themselves are charming, being stuffed with a modern selection of perennials some of which I recognise, astrantia, bears britches (acanthus mollis), and echinops amongst others.

There is a fantastic view over one wall over the city right up to Brandon Hill Tower and you realise just how hilly this city is when you go somewhere like this where you have an open vista or two to admire.

U is also for Umbrellas which I hate. They either blow inside out, drip secretly down your back, or attempt to poke someone’s eye out. On the other hand they are good for getting Zeb’s ball out from under the sofa when he has nudged it under there for the five hundredth time.

Other U’s that I thought of when I was writing this are, Udders, Umpteen, Usury, Underwear, and Umbilliferous and none of these words really cried out, “Oh yes write a post about me!’ so I didn’t. I then wondered if I were being just a little unimaginative here,  so I cheated and googled Food words that begin with ‘U’ and of course there are loads;  Udon Noodles, Umeboshi plums, Upsidedown Cake, and of course Unleavened Bread, but it is too late and Urns it is!

Nipitinthebud be inspired by her Quotes

Misk Cooks follow the adventures of Seddrick the Starter