These are the best muffins I have ever tasted! 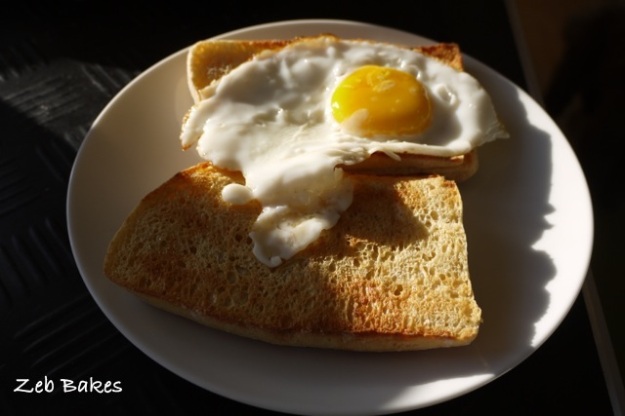 Over the weekend I re-visited two recipes of Dan Lepard’s which I have made before on several occasions. They were being baked by the Twitter Short And Tweet group which is really gaining momentum now.

I must admit I approached the muffins with a little hesitation as when we had made them before they had always disappointed a little, tasty but very heavy and doughy, more like a crumpet inside than anything else. But, ever the optimist I thought I’d have another go. I’m really glad I did.

One of the many good things that has come out of Dan Lepard collating and re-visiting all the many wonderful recipes that have graced the Weekend magazine in the Guardian for the new book Short & Sweet is that there have been revisions where necessary. Some of these may simply be a question of correcting and putting back what an overzealous editor took out of course. Nothing stands still in this world, and cooking techniques and recipes are no exception to that. On a blog you have the privilege of being able to nip back and make amendments and corrections at the click of a button, authors of real books don’t have that facility and have to wait for a new print run of their book to be set up before they can make any changes.

In this instance the ingredients are almost unchanged  but the cooking method is quite different from how it first appeared as the muffins are cooked first on the stove top and then baked for a further ten minutes in the oven. The result transforms these little lovelies giving them a wonderfully delicate light crumb and that special muffin crust that you only get from baking them off in this way, soft and yet crispy with a little hint of toasted flour and with a bit of bite. Absolutely wonderful!

The dough was really fast to mix, and I plopped it in the fridge overnight, intending to be up with the blackbird and have it warmed, shaped and ready to eat for breakfast.

When I eventually arrived at the kitchen it was a bit later than that and the dough had to come out and warm up. Here it is having had a chilly fold and looking very firm and fetching.

I cut the rolled dough very simply into six chunks and placed them on a floured tea towel to prove.

The dough was still a bit cold when I cut it, which in fact makes it easier to handle, less sticky for a start and easy to move around. We measured (don’t laugh) the height of the dough as I find it sometimes very hard to judge by eye when a thin piece of dough has risen by half. I like the way that cut dough has that interesting edge texture which you don’t get when you shape breads with your hands. I was too mean though to stamp out circles and have bits of dough that I would have to either chuck out or reshape and hope they rose nicely once more so I opted for straight line cuts.

I think these would be a great bread to include on a bread baking course, as they are fun and easy but also a bit unusual and special.

The hardest part of baking them is the temperature and timing if you haven’t made bread on your hob before – too hot and they will scorch – you do need to keep an eye on them and ideally use a lid to trap some steam, I used a wok lid here which worked fairly well. I used a timer so as to keep close to the times suggested in the recipe and recommend you do that if you try these out. The timings were spot on for me.

After the first part of the bake you can see they have puffed up and are partly baked as here.

Here is the crumb after they have been for the second part of the bake in the oven –  they come into their own when they are split and toasted.

What else is there to say? I froze four pieces as soon as they had cooled. They defrost perfectly. I am going to make a double batch next time and keep them in the freezer. I really, really like them!

I was chatting to Misk and Lynds on Twitter,  and to Andrew at the Loaf yesterday about children and bread and crusts (and older people too, in fact anyone who has difficulties chewing their way through the huge and often challenging crusts we get on our photogenic artisan sourdoughs) and it strikes me that these are a really good compromise, they definitely have a crust but it is a really easy crust to bite through.  I wonder if it is a bread that would appeal to children? Brian wasn’t sure as he said they wouldn’t like the tang of the vinegar but as we used our own vinegar (yes another use for it!) I am of course biased.

If you bake for other people who have special requirements  – like Lynds who bakes for her mother and Evidence Matters for her neighbours – you probably take these things automatically into consideration, but I wonder sometimes if the artisan bread bakers,  strong of jaw and fit to boot,  are missing a trick here?

I got a lovely email from Jeannette last night who has just got back into baking again. She made these beauties and this is what she said,

I started the dough last evening and completed them this afternoon.  I didn’t hold out much hope for a successful end as the dough didn’t seem to rise much during the first or second rise. However, I carried on as instructed and  was suitably  impressed with the way they rose when put on the griddle for the initial baking.  After the second bake in the oven they looked really good and after cutting open the smallest one to try it we are happy with how they taste too!
Like you, I will be making these again, they are so quick to put together, easy peasy!