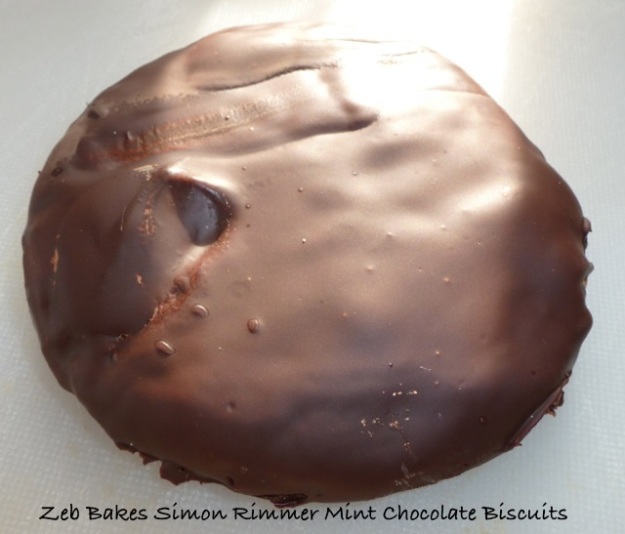 I have been away, I hope you didn’t miss me too much, and as I am probably one of the more disorganized bloggers around I don’t have a secret supply of posts that I write in advance, no ‘here is one I prepared earlier’ in this house.

But last night I returned to find one, just one, of these over-the-top cookies left in the tin that I left for My True Love to console himself with while I was away. So I thought you might like to hear about them. 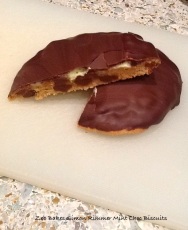 I made these Mint Chocolate Biscuits last week from a Simon Rimmer recipe on the BBC Food Site that EM told me about as I was thrashing around trying to figure out how to tackle this one –  for which my profuse thanks as always!

My brief was to produce a chocolate biscuit with a layer of squidgy minty stuff in it, covered, ideally completely in DARK chocolate.  MTL was not amused as he reported that the only ones he could find in the shops were milk chocolate and that would not do. He referred to a biscuit called a Yo-Yo in a green packet and said they were no more and he was sad and lonely without them.

So I played for time a little and asked for help and EM shot me a link to this recipe.

It called for mascarpone which is not a store cupboard ingredient here and so I remarked to MTL, ‘If you get me the cheese, I will make them for you’ thinking it might not happen then. But I didn’t gain much time, he flew out the door and was back like a shot, first with cottage cheese and Philadelphia and then after a second expedition with the mascarpone.

I had the required vast quantities of choc chips and chocolate and so I made this rather elaborate cookie mix and a lot of mess.

My thoughts on making Simon Rimmer’s Mint Chocolate Biscuits are as follows. 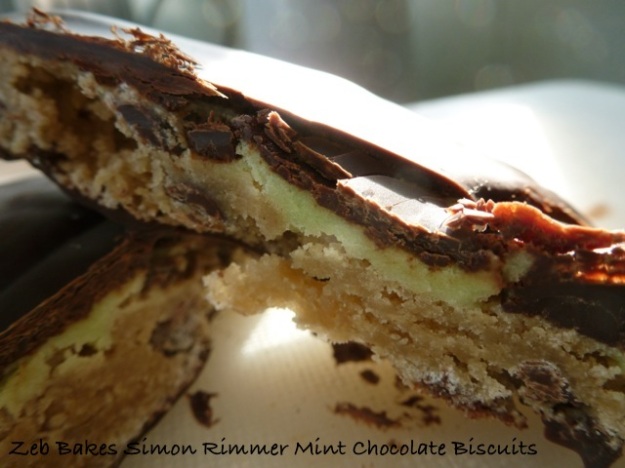 But hey ho, this is home baking and I am not a patissier and he was happy with what he got and that is what it’s all about! I had a google just now to see if I could find you a picture of the old Yo-Yo biscuit and found all sorts of wonderful glamorous photos which put mine to shame but this is what I managed first time round, and if I am asked nicely I might have another go…

Had I seen it being made on TV when the original show went out,  I would maybe have had more insight into the size of the biscuits and the ratio/proportion of topping to biscuit that needed to be used.

A couple of step by step photos would have been lovely but I always want those. I can understand that there are cost constraints in print but on the internet it is so easy to add extra photos to a post that I wish the BBC site would use more of them and similarly maybe The Guardian could add some extra photos to the online version of their cooking recipes too. That would really add value. I have recently subscribed to the Guardian app but I don’t really see what I get from it that I don’t get from the free version. I will give it a month and see. If it had different photos and more detail for recipes, say, then I would love it more. 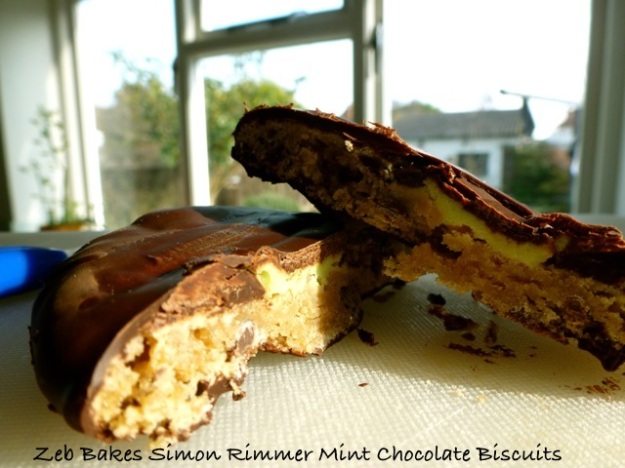 Weshouldcocoa round up which I always read but rarely get round to doing. PS the Valrhona chocolate that you can get in big bars in Waitrose is what I used to enrobe these biscuits.

Ahem!  I have just realised something – oh this is so embarrassing – I am not sure I should say it – OK I will – I have just realised why the commercial biscuit is called a Yo Yo. It’s because it is a) round b) in two parts and looks like a … Yo Yo. A round Bourbon biscuit in other words. That makes sense doesn’t it? I just thought it was a name, that’s all.  It takes me a long time to ‘get’ things like this. I suppose Wagonwheels are something similar…  (see my comment to Mel below)