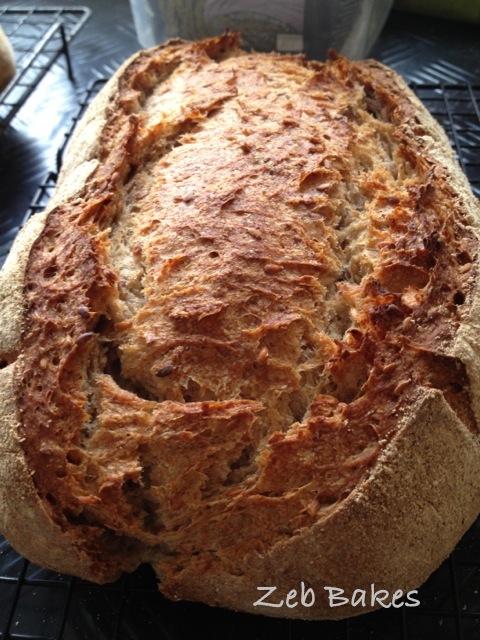 Flax or linseed is a wonderful and healthy addition to a good loaf of bread. In the UK we get both golden and brown linseed, I have used golden linseed here as I like the colour. If you soak the seeds overnight before working them into the dough then they release a sticky mucilage that I believe improves the cohesive quality of a high content rye dough and for those of you who are struggling with shaping and slashing it also helps in that department. All the loaves I have ever made using a flaxseed soaker open and spring well. 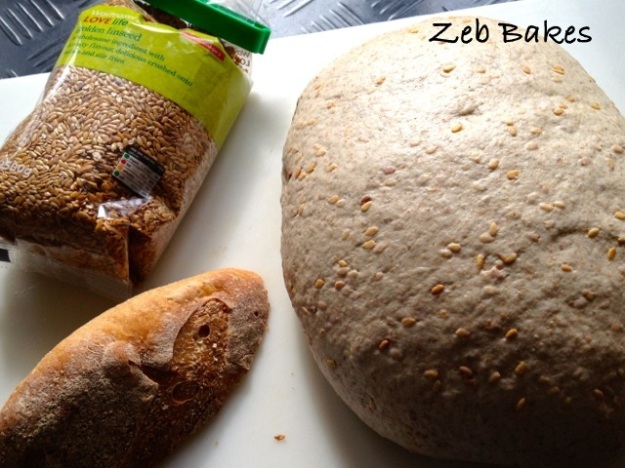 This bread is made following a recipe of Jeffrey Hamelman in the updated edition of Bread. It is made with fermented whole rye flour, strong white (bread flour) linseeds and an old bread soaker. For those of you unfamiliar with the concept of an old bread soaker, who are wrinkling your nose and going ewww, an old bread soaker is not made with a green and furry piece of ancient crust, not with a three day old slice of supermarket pap but with a drying piece of a good bread. In this case I used a slice of the sourdough I was currently eating which was about two days old. As I routinely eat my sourdoughs for up to a week after they have been baked, there was nothing scary about this at all.

Like most things you might choose to add to your bread, the secret is not to add too much that it alters the character of the loaf in an undesirable way. 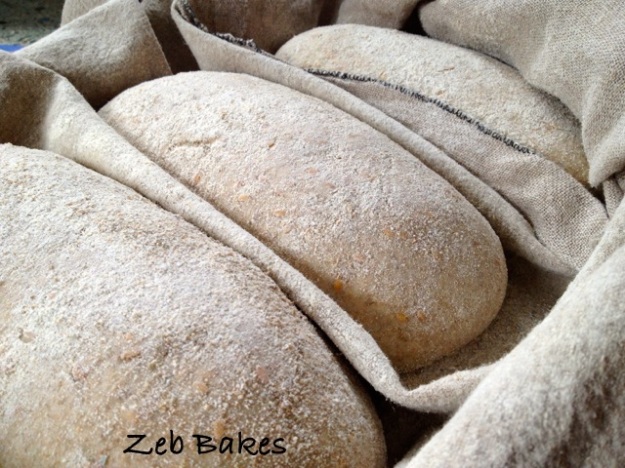 The recipe is given in full on Modern Baking’s website here (it looks like a legal site not one of those horrible rip off places) together with his notes on the bread and his comments on using an old bread soaker for those of you don’t have a copy of the book yet. I scale the recipe down by dividing the metric column numbers by 10 as I do with nearly all his recipes for my use at home. I followed the recipe very closely as I tend to do when I make Hamelman’s breads. I might add a little more or less liquid depending on the absorbency of my particular flours that is the only difference.

If you are trying an old bread soaker you may need to experiment with how you prepare it though. I suggest making sure the bread is a sort of porridgy slurry before you mix it into the dough, so you may need to process it a bit in some way first. 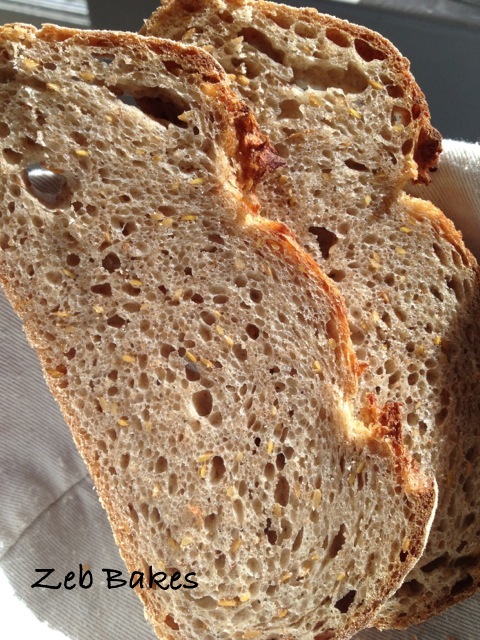 This is a strong and fully flavoured bread which reminds me vividly of German breads. I adore it. It is not one for people who don’t like rye however. I return to bake it ( and variations on this theme )  again and again. It has a lovely mouth feel and bite and a rich complex set of flavours.

I made three easily shapable loaves and put them in between folds of cloth to prove before baking in a hot oven with steam on a baking stone.

Give it a go if you fancy something different, you never know you might like it! There are lots more of Jeffrey Hamelman’s breads buried in the old posts of my blog if you want to get an idea of the range and breadth of what he offers the aspiring bread baker.  I have added a menu page which gives links to these breads  which I baked with the Mellow Bakers project for ease of reference here.   I might revisit baguettes this weekend …. what are you baking?

Multi seeded bread with an old bread soaker with recipe