I am possibly the most beautiful curl in the world

Once upon a time there was a little girl whose Great Aunt Gerda lived in a wood far away across the dark North Sea. It took a night and a day to get there on a big ferry boat.  When the child visited her great aunt and other relatives she ate all sorts of exciting things that she didn’t eat at home, lots of the foods were fishy and salty, or smoky or pickled with herbs and vinegar and sugar.

One of the foods she thought of often but never tasted again till almost half a century had passed by was a delicious white firm pickle that her Great Aunt had made.  The little girl thought it was a special snow-white cucumber or maybe a marrow and that only her Great Aunt grew them –  she didn’t know much about pickles or growing vegetables and as far as I remember she thought that vegetables only grew on farms like the pictures in her books.

She didn’t know what the vegetable was exactly because the relatives called it asier. It was crunchy, golden-white, sweet and fragrant and she remembered it with longing for many years.

At home there were imported Polish gherkins with exotic names like Krakus and Globus which were also very good, but not the same and all the time she carried in her taste memory the flavour and the texture of the white asier, the sort her Great Aunt Gerda had made and given her in the house in the woods all those years ago.

Many years later the internet arrived and online shopping arrived fast in its wake, amongst the sites that sprang up to take advantage of this brave new world were many food sites. The woman found that she could order pickled asier from one of these sites and ordered several jars, but even though the taste was close, it wasn’t quite right and she was a little bit sad and downcast.

Then one day she mentioned the asier to her friend Misky the Poet,  who knew about these things on account of being married to Peder the Dane and Misky knew all about the asier and wrote an  Asier Pickle Post especially for her old chum about how to make the pickle and advised her on how to nurture the plant.

Kind Misky sent her special asier seed and asier pickling spices from the country of the Great Aunt, so that she could not only make the pickle but grow her own asier.  She sowed the seeds as instructed and waited patiently for the asier to grow.  It was a very cold and long winter and an even colder and longer spring and only one of the seeds germinated. 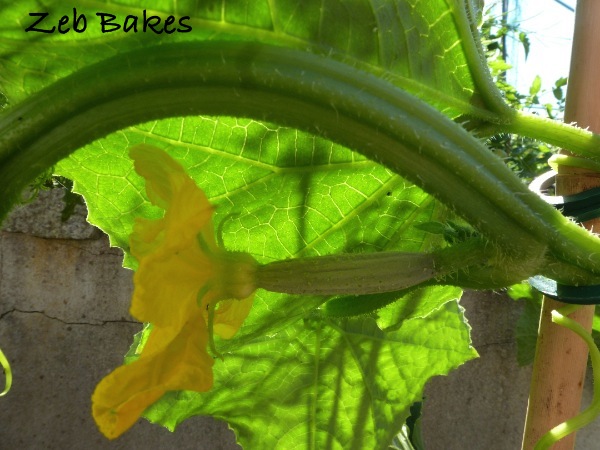 By George I think it’s growing! 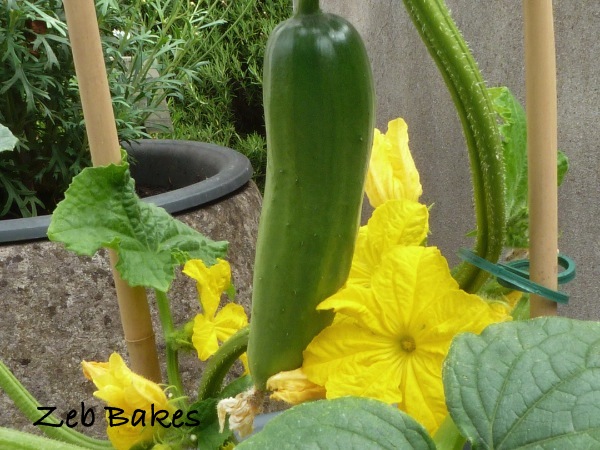 …until it was nearly the size of one of Peder the Dane’s shoes and she took it off the mother plant.

She ate the first asier just as it was because she was over-excited and wanted to see what it tasted like and it was So Much Better than the watery hydroponically grown idenitikt cucumbers from the shop. This asier had  firm white flesh, very few seeds and was crunchy and just delicious!

Now she is waiting for the four new babies that have appeared on the plant to grow and hopefully she will finally make the pickle just like her Great Aunt made all those years ago. If not this year, then next year – when she will grow more than one asier –  she is very patient.

Here’s looking at you kid!

The moral of this story is (with apologies to James Thurber)

Don’t pick your asier before they are size 42 as one asier on its own will never make a jar of pickle!

Have you ever grown anything just for the sake of a memory ?

NB: To read all about the fascinating history of the cucumber, one of ‘the ancient foods of Ur’ you could do worse than start with Wikipeda whence originate all the factoids you could possibly want.

I came across this Danish article about growing cucumbers for making this variety of pickle and put it into Google Translate and they suggested a variety called Fatum, which I see is sold by Marshalls in the UK as another alternative which is apparently less prone to mildew than the Langelands Kaempe variety.  I do like growing these big cucumbers !