24th July 2013 1.29 a.m -– just now as I turned to leave the kitchen to go upstairs to bed I realised there was a frog silently staring at one of the poodles asleep on her blanket.

I was slightly baffled – the back door was shut and the frog must have come in the house much earlier in the day.  I picked up a plastic pudding basin and popped it over the frog and found He who loves Frogs and used to rescue tropical ones from the bananas when he worked in Safeways and take them home with him and look after them when the zoo didn’t want to know.

He was asleep. I woke him. I could have maybe done it myself, I know I know, but I didn’t want to. He likes frogs a lot, I like frogs, but not so much that I want to have one jump up at me, because then I would jump and we would all scream a bit and the frog would get stressed.

So the sleepy Lord of the Frogs put on his Frog Catching Gloves and airlifted Mr Green to safety. I don’t think he really woke up, he is clever like that. He will think it was a dream in the morning.

Outside there is a big golden moon sailing high in the sky. lighting up the streaky clouds.  We saw the moon earlier in the evening and did that thing where you look at the moon upside down (easiest way is through your legs)  and it looks smaller. It worked. 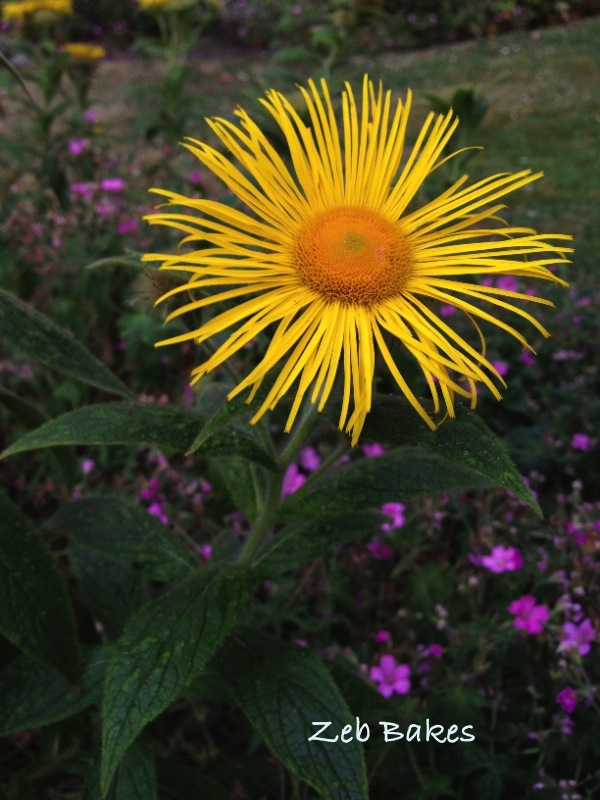 This post could do with a photo or two and I don’t have a picture of the moon, but here is a photo I took the night before of a flower in a front garden I walked past. There were lots of them and they had clearly spread through the garden in a slightly invasive way.

I asked on Twitter if anyone knew what it was and kind people made all sorts of suggestions and eventually came up with Inula Hookeri. It reminds me of something you would find stuck on a bathing cap from my childhood.  I think it is beautiful.

If I walk down to the back fence, there is this stalwart shrub covered in flowers. Every year I think it is going to die in the cold winds of winter. Its leaves turn red, and then mysteriously they turn green again in the Spring and by July it is covered in sweet white whirls of jasmine scented flowers, the shrub doesn’t grow very much but it is still here eight years after being planted in a planting pocket surrounded by concrete. It is a survivor. The Clock is telling me to Go To Bed once more. 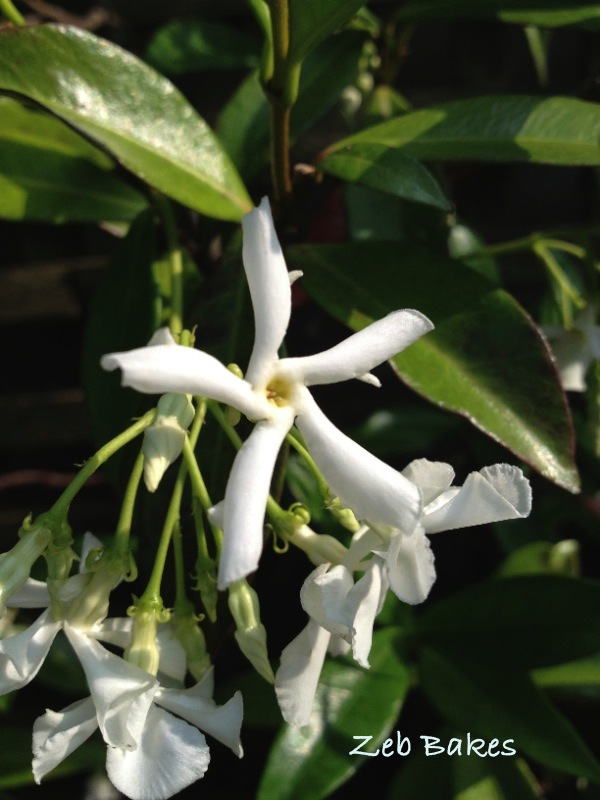